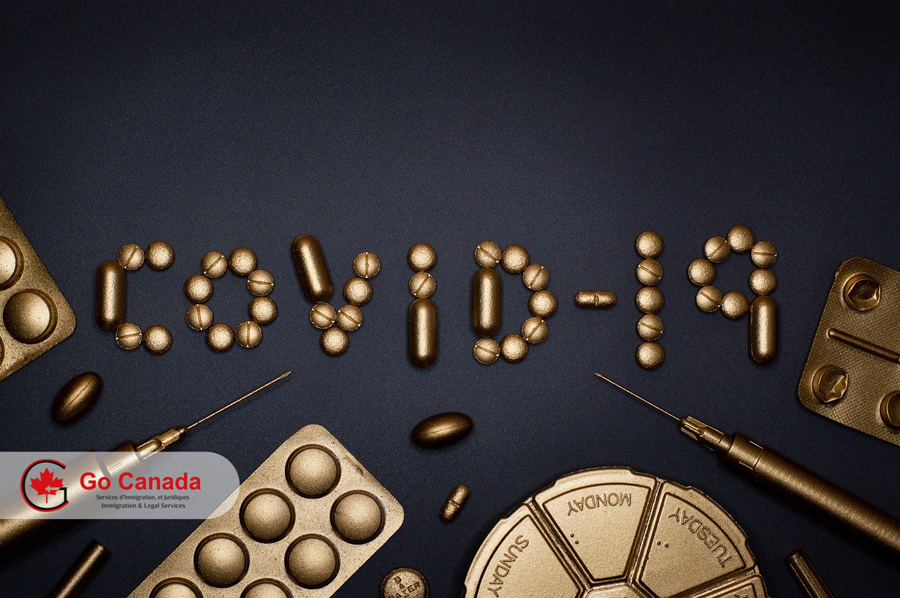 IRCC updated applications processing procedures due to COVID-19
On April 10, 2020, the Canadian government released new clarification on the processing procedures for different application types. Canada has suspended the processing of non-essential visitor visa (TRV) applications, as well as the eTA applications. The only exception applies to temporary foreign workers, especially those in essential industries. Canada will also continue the processing of study permits. Moreover, students required to submit biometrics will now have 90 days as most VACs abroad are closed. IRCC also continues to process immigration applications. However, currently, only those immigrants whose PR statuses were approved before March 18, 2020, can currently travel to Canada.

Canada issued invitations to apply to 606 provincial nominees in the new Express Entry draw
On April 9, 2020, Immigration, Refugees and Citizenship Canada (IRCC) conducted a new Express Entry invitation round. In this round, the government issued 606 Invitations to Apply (ITA) for permanent residence to candidates nominated by the provincial programs. The lowest Comprehensive Ranking System score in this draw was 698, twenty-two points lower than in the previous PNP-specific round. The tie-breaking rule for this round was December 18, 2019 at 11:29:51 UTC. As of April 5, 2020, there are 149,731 profiles registered in the pool, 2,850 more compared to the previous update.

IRCC also invited 3,294 CEC candidates in the Express Entry
In the second round of April 9, Immigration, Refugees and Citizenship Canada (IRCC) issued Invitations to Apply (ITA) for permanent residence to another 3,294 candidates. All candidates were invited to the Canadian Experience Class (CEC) program. The lowest Comprehensive Ranking System score in this draw was the lowest in 2020 – only 464 points, three points less compared to the previous round for CEC candidates. The tie-breaking rule for this round was January 4, 2020 at 12:16:45 UTC. At the moment, there are Federal Skilled Worker candidates in the pool, who have a higher CRS score but who were not invited as this draw was program-specific. It appears that due to the COVID-19 crisis, IRCC is concentrating on candidates from within Canada. In total, Canada invited 26,500 candidates through the Express Entry in 2020.

Manitoba invited a new batch of candidates
On April 9, 2020, Manitoba conducted EOI draw #87 in the Manitoba Provincial Nominee Program (MPNP). In this draw, MPNP issued Letters of Advice to Apply (LAA) to 123 candidates in the Skilled Workers in Manitoba stream. The lowest score in this stream has increased by four points and was 500 points. In the Skilled Workers Overseas stream, MPNP released only 16 LAAs under a Strategic Recruitment Initiative. The lowest score in this stream was 742, 28 points higher than in EOI draw #86. In addition, Manitoba invited 14 persons in the International Education Category. In total, Manitoba issued 153 LAAs in this round and 15 of them were issued to Express Entry candidates with a valid EE profile and a job seeker validation code. In 2020, Manitoba invited 1,676 candidates in the MPNP.

Ontario nominated another 154 candidates
On April 9, 2020, Ontario updated the statistics of the issuance of nominations certificates in the Ontario Immigrant Nominee Program (OINP). The OINP issued 154 new nominations since the previous update om March 12. In total, Ontario nominated 2,098 certificates of provincial nomination in 2020. Due to the pandemic crisis, the Federal government has not yet distributed the quota for nominations in provincial programs. Nevertheless, Ontario continues assessing and processing applications under different streams of the OINP.

Nova Scotia updated the list of Designated Employers for AIPP
On March 31, 2020, Nova Scotia has updated the list of provincial employers taking part in the Atlantic Immigration Pilot Program (AIPP). The list now includes 1,200 employers that have been designated by the provincial government to hire foreign workers in the AIPP. Since the last update, Nova Scotia designated 28 new employers. As of today, there are 2,515 employers in all four Atlantic provinces who can hire foreign workers in the framework of the AIPP.