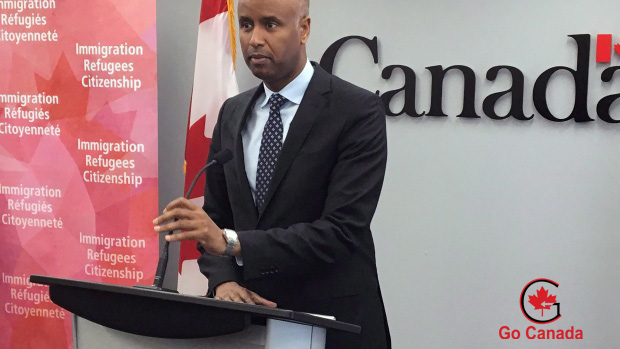 1. Interim Pathway for Caregivers: Applicants encouraged to meet the June 4
deadline
Caregivers who came to Canada to provide care to Canadian families, in the hope of
eventually transitioning to becoming permanent residents should apply to the Interim
Pathway for Caregivers (IPC). Caregivers who have been working in Canada temporarily
but who have not qualified for any other current caregiver program are encouraged to
review the criteria and begin working on their applications so that they don’t miss the June
4 deadline. Immigration Minister Ahmed Hussen said, “Caregivers came to Canada to
provide care to families that need it, and it’s time for Canada to care for them in return. To
demonstrate our commitment, we are finally providing them and their family members the
opportunity to apply to become permanent residents.” Applications for permanent
residence through the IPC will be processed in 12 months and there is no cap on the
number of caregivers, with their spouses/common-law partners and dependent children,
who will be accepted.
#Caregivers, #IRCC

2. Canada sees its biggest influx of immigrants since World War I
Canada just recorded its biggest influx of immigrants in more than a century. The country
added 71,131 immigrants in the final three months of 2018, for a full year increase of
321,065, according to the latest estimates released Thursday by Statistics Canada in
Ottawa. The inflows helped the nation’s population growth top half a million people for the
first time since the late 1950s, the statistics agency said, and are part of a boom in
international migration that includes a surge in non-permanent residents like foreign
students. As of December 31, 2018, there were 572,415 holders of study permits in Canada.
The number of foreign students increased by 16% compared with 2017 data.
#Immigration, #demography

3. The government wants to spend a billion dollars to stop illegal migrants
The Liberal federal government is signalling its intent to stem the flow of asylum seekers
crossing into Canada at unofficial entry points with a new border-enforcement strategy
aimed at detecting, intercepting and removing irregular migrants. Justin Trudeau’s
government also wants to speed up processing of refugee claims, with a plan to complete
50,000 claims per year. The influx of irregular migrants, together with an overall increase
in refugee claims in Canada, has led to a major backlog of claims at the Immigration and
Refugee Board. New claimants are waiting up to two years to have their cases heard —
unable to fully begin new lives in Canada. Others who are unauthorized, stay in Canada
longer than they should. A plan costing $1.18 billion over five years is promised in the 2019
federal budget to beef up border security and speed up the processing of asylum claims.

Around 57,000 asylum seekers have crossed the Canadian-US border last year coming from
Nigeria, El Salvador and other countries.
#Refugees, #Illegal_migrants