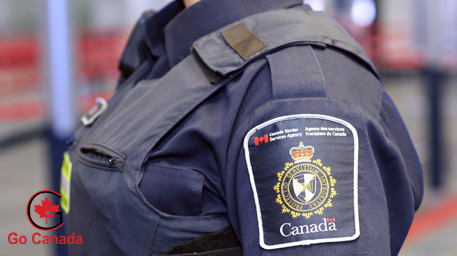 333 international graduates registered in the Masters Graduate Stream of the OINP
On March 19, 2019, the Ontario Immigrant Nominee Program (OINP) released an update
about the Masters Graduate Stream. On March 5, 2019, it was closed before achieving its
target of 1,000 registrants due to technical issues. Nevertheless, 333 applicants successfully
registered while the stream was open. The OINP continues to investigate the cause of the
technical issues experienced during the program opening. The OINP is working to open the
stream as soon as possible, once the technical issue is resolved. This means that another
667 candidates might have a chance to register their profile when the stream will reopen.
#Ontario, #OINP, #Masters_Gradutes, #International_students
British Columbia sent new invitations via the Tech Pilot
On March 19, 2019, British Columbia has issued invitations to apply to the candidates in
the British Columbia Provincial Nominee Program (BC PNP) Tech Pilot. The Tech Pilot is
designed for 29 key technology occupations. The total number of invitations issued in this
round is 37. The lowest scores in the categories were:
• Skills Immigration – Skilled Worker 89
• Skills Immigration – International Graduate 97
• Express Entry British Columbia – Skilled Worker 89
• Express Entry British Columbia – International Graduate 97
Since the beginning of the year, British Columbia has invited 240 candidates through the
Tech Pilot program. In total, in 2019, the province has already invited 1,756 immigrants.
#British_Columbia, #BCPNP, #Tech_Pilot
Canada spends almost $15,000 per illegal immigrant who enters the country
A new report from the Parliamentary Budget Officer (PBO) presents a clearer panorama on
this situation. According to figures from the Canadian government, each person who
crosses the Canadian border on foot, away from an official crossing, generates an average
cost of $14,321 for the country, and this could increase to $16,666 for the 2019-2020 fiscal
year. This means that the flow of people who have entered Canada on foot during the 2017-
2018 period will have a cost of $340 million for the federal government, and it could reach
$390 million in the coming years. The numbers presented by the PBO are only part of the
total cost involved with a refugee or asylum claim. According to the authorities’ report,
these figures do not take into account the amounts that each province must invest in the
necessary services and infrastructure to attend to these people.
#Refugees
Canada tightens border controls!

2.
Canadian Immigration Monitoring Services by Schindler Consulting
In accordance with Canadian immigration and customs legislation, all persons wishing to
enter the country must report at the point of entry and truthfully answer all questions from
the Canadian Border Services Agency (CBSA). Thus, information is collected on the entry of
all travellers who lawfully arrive in the country. However, the Canadian government does
not currently have information about people leaving the country. As a result, the
authorities cannot easily determine who is in or outside the country, and also cannot
determine when someone left the country. Immigration, Refugees and Citizenship Canada
(IRCC) and CBSA will soon receive accurate and objective information about entry and exit.
CBSA will collect information about the departure from other agencies or commercial air
carriers. The Government of Canada estimates that during the first 10 years it will take
$79.6 million to develop and maintain the necessary IT systems to collect information
about those travelling. According to government estimates, airlines will jointly spend an
additional $30.33 million to upgrade their systems. In this case, the benefit of the new
system will be $357.17 million during the first 10-year period. The availability of new data
will help to better respond to “amber” alarms, as well as act more quickly in the event of
illegal migration, or penetration of militants and terrorists.
#IRCC, #CBSA