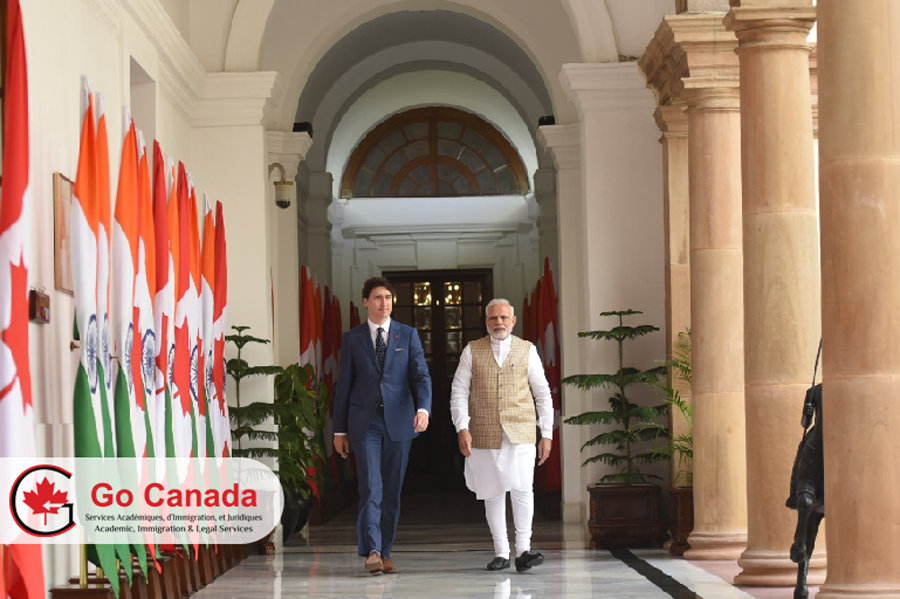 Canada launches a visa information campaign in India
Canada has launched an information campaign in India to help temporary resident visa applicants save their time and money, avoid falling victim to fraud and common immigration scams, and inform them about the best channel to use when applying for a Canadian visa. Last year, Canada welcomed 297,000 visitors from India. As this number continues to grow, it is critical that applicants get the true facts on applying for a visa. The campaign is designed to make visa applicants aware of important facts Canada wants all visa applicants to know. If an applicant needs a consultant’s help to apply for a visa, they should make sure that the consultant is authorized in Canada by checking if the consultant is registered with the Immigration Consultants of Canada Regulatory Council.

Will professional Instagrammers, podcasters and bloggers get a chance to immigrate?
Self-employment is not in favour and even discouraged under most Canadian economic immigration programs. For instance, self-employment does not qualify in the Canadian Experience Class program. On the other hand, self-employment allows individuals who in the past five years have two one-year periods of self-employment in cultural or athletic activities to apply for permanent residence in Canada. Experts admit that in recent years YouTube celebrities have started applying for immigration to Canada. If no changes happen in the future it is likely that the Self-Employed Class may expand to include professional Instagrammers, podcasters and bloggers. Immigration, Refugees and Citizenship Canada (IRCC) suggest that applicants must find employment in order to immigrate to Canada. However, the most creative Internet users can obtain permanent residency without having to abandon their digital, freelance or self-employed passions.

Quebec gets four times as much as B.C. to settle immigrants
Quebec gets roughly four times as many taxpayer dollars from Ottawa to settle each of its immigrants as B.C. does based on the Canada-Quebec immigration accord. This year, Quebec is receiving more than $11,600 for each immigrant and refugee it takes in, while B.C. receives only about $2,400 for each new immigrant or refugee. The disparity is soon going to grow even more egregious as Quebec plans to chop its immigration levels by 20%.

The majority of Canadians support reducing the number of immigrants admitted to the country
According to a recent Leger poll, as high as 63% of respondents think the federal government should prioritize limiting immigration levels because the country might be reaching a limit in its ability to integrate them. The poll found that of all the respondents, only 37% indicate the government should prioritize increasing the number of immigrants as a means of fulfilling the demands of Canada’s expanding economy. Immigration Minister Ahmed Hussen is concerned by this finding. Hussen understands that some people might think the housing prices are too high and unaffordable, and some people might be concerned about infrastructure shortages, but he says the answer is not to cut the number of immigrants coming to Canada. He says that Canada faces labour shortages, and the development of the country’s economy requires many immigrants.