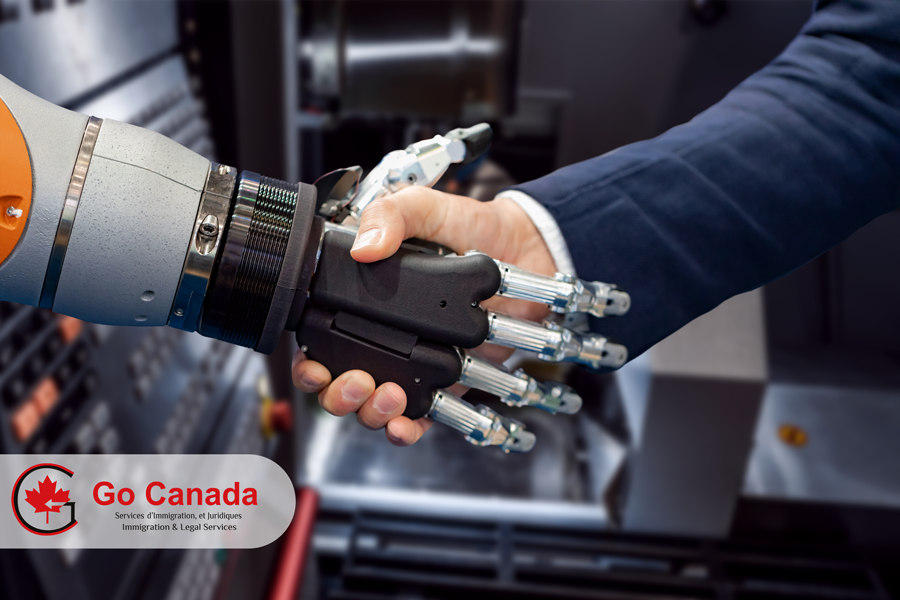 Artificial intelligence and immigration
The federal government already uses, in part, artificial intelligence (AI) in its immigration system. Pilot projects have been launched in 2017 and 2018 for electronic applications for temporary resident visas from China and India. However, the use of AI has been limited and Ottawa has used this technology exclusively as a “sorting mechanism” to speed up the processing of these files. In a report, the Federal Immigration Department said that the pilot project for Chinese candidates at the end of 2017 “exceeded expectations”. “The model has achieved the specified accuracy rate while exceeding the planned volume of approvals that do not require additional officer eligibility review,” stated in the document. The problem is that with the use of artificial intelligence, decisions made by machines may create other problems.

Random ID checks by immigration officials
Agents of the Canada Border Services Agency (CBSA) have been accused of conducting random ID checks among newcomers in the Lawrence and Weston area in Toronto. Migrant Workers Coordinator Syed Hussan said the CBSA is “like the Wild West.” He said they run amok, target people and jail them forever, and no one is controlling them. Immigration Minister Hussen said he is not in charge of the CBSA, but in his view carding is wrong. Hussen said that as a society, we have to ensure our institutions put in place measures to ensure that this does not occur at all.

The American Dream Becomes More and More Canadian
Canada is a new land of freedom and a future for Americans. Since 2015, the number of US nationals who have applied for permanent residence in Canada has jumped by approximately 30%. This upward trend also affects the naturalization of Americans wanting to continue their lives on the continent as Canadians: their demands for Canadian citizenship have grown significantly by more than 60% since the election of Donald Trump as President of the United States. There is a less tense political and social climate than in the United States, which is why many US progressives want to come here. It should be noted, however, that while the United States was the fifth country of origin of immigrants to Canada in 2017, behind Syria, China, the Philippines and India; however, they account for only about 3% of the total volume of newcomers to the country annually.

It’s next to impossible for immigrants to pay the rent working full time for minimum wage
Immigrants in Canada working for minimum wages find it hard just to pay the rent on a two-bedroom apartment. Based on rental information from the Canada Mortgage and Housing Corporation (CMHC), the Canadian Centre for Policy Alternatives (CCPA) crunched the numbers on the almost 800 neighbourhoods across Canada’s three dozen largest cities to see how easy it is to find a place to live on the minimum wage. The results were bleak. By the CCPA’s math, a minimum wage earner could afford a one- or two-bedroom apartment in just 24 neighbourhoods across the country, out of 795 analyzed. If the standard drops to a one-bedroom, the picture looks marginally better, as the report found 70 neighbourhoods affordable for minimum wage workers, but that’s still less than one out of every 10 — and most are far from downtown cores where jobs are more plentiful and generally higher-paying.